Money screams and charity is a whisper

Power; what is the first thing that comes to mind when hearing this word? In the contemporary and western-influenced mindset of today, the answer most likely has to do with money. L’argent, geld, novac, imali, tiền bạc, money; the noun that describes the paper or coin that runs the world. The money circling through an economy often defines whether a country is in hardship or prosperity; currency is the universal indicator of where you sit on the economic food chain. Zooming into South Africa in particular, I am looking at the economy of how the fluctuating rand ties into societal issues, through the eyes of an organisation called Phaphama.

Meet Andy Mxatule. Andy is one of the star entrepreneurs of Phaphama. She started her fashion business in 2009, AndyB Couture. Andy, 34 years old, grew up in the Eastern Cape. After attending Northling College then CPUT, Andy had to drop out in order to help her family because her father lost his job and it was “his decision” for her mother not to work. After some financial stabilisation in the family emerged, Andy was able to put her skills and passion work, which began with a friend lending her a sewing a machine.

As a black female entrepreneur based in Khayelitsha, she faces many issues: not only to do with money and lack of resources, but with her own notions as she compartmentalised herself into a certain category reflexive of how society inflicts stereotypes on her. For a long time, Andy “lacked confidence” which she attributed to a “mentality we have as black people.” This was surprising and intriguing, as I sat there with Andy in her beautiful blue dress and a smile on her face, she seemed to be oozing a radiant confidence. This is when it clicked. Social change does not simply emerge from long debates and new governance and new laws. Society today, in a capitalist world, revolves around money. Equality cannot only be spread through word of mouth, it must be materialised. The Khayelitsha community, merely twenty minutes from Cape Town, cannot be fixed by throwing money at it; collaboration, implementation of knowledge and skills must be executed.

Andy said that “the history of a black person” coincides with the “lack of confidence.” This is deeply rooted and an ever rotting truth that reaches far beyond ones peripherals. Intertwined with the history too rich to even nearly scrape the surface, is a lack of economic inclusion amongst African people. Money and tangible items may have only been a facet through the history of black people, but today money does not only talk, it screams. It seems to be an overarching ideal that ones lack of money attaches to shame or embarrassment, or lack of confidence. Which is quite ironic actually, at least while growing up, as it is one of the few things you cannot control about your life. Not to say with no money, one has no outstanding agency, but one must admit, money is an outstanding agency within itself (even though it is us that has given it its agency). 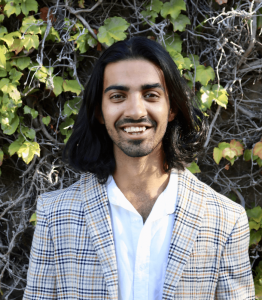 Zaakir Essa, 22, President of Phaphama sat down with me to explain his role in an organisation which looks to alter systemic economic discrepancies which seem to correlate with societal issues. Phaphama SEDI, a non-profit organisation started by UCT students in 2014, has taken a route for redistribution of economic opportunity and power in its most practical form. This social change organisation which “encourages community change” with “life long sustainable learning.”

Charity: a word that is dis-inclusive of money. Charity: “considered the weakest form of service (one) could do” when compared to “projects and social change” Zak references a research paper, which gives one a new angle on charity work. When a person ‘does charity’ they are willing to give time to, for example, pick up some of the trash which floats around infecting the Earth, yet would this person be willing to spend the money to stop buying and using plastic? The power of charity, although a positive thing, is not nearly enough to make the large scale changes we need to make. Phaphama is clearly not a charity; it delves into the root problem rather than scraping the surface. Phaphama takes a number of UCT students with diverse backgrounds and skill sets, and equips them with practical skills to assist the entrepreneurs. The board then strategically chooses other students (consultants) who will be working together for the year, to a paralleled suitable entrepreneur. Phaphama offers a chance for people of eclectic backgrounds to meet and learn from each-other. This two-way street makes it a collaborative and life-changing experience on both sides; this is not a charity. This is powerful. The vetting process is complex, I can personally speak for this, as a consultant working with Phaphama.

The confidence which has been ignited in Andy assuages belief in Phaphama’s “true capacity to change things.” Zak spoke about how the entrepreneurs in Phaphama were “not afraid to break stereotypes” which is the “way to enhance social change,” yet according to Andy who, before Phaphama, had questioned “how (could she) sit with a white person?” Phaphama has aided her in realising her own power potential in more ways than one, she knows that she “can make a difference on (her) own.”

The power of paper is wrapped up into a universal noun, yet the rest of its language is not universally understood. Phaphama is a paradigm of the social change that we need, that doesn’t ignore the clear correlation between power, money, social and political issues. Confronting the power and moving towards economic inclusion is how Andy gained her confidence to become the progressive fashion designer and community member she is today. How do you think we should go about breaking the cycle of power inequalities?

One thought on “Money screams and charity is a whisper”